As the cases of obesity and diabetes surge, the incidences of cancer also increase. Nearly six percent of new cancers were caused by diabetes and excess weight, according to a study published in medical journal Lancet recently. Experts say that diabetes combined with obesity is responsible for around 8 lakh cancer cases each year across the world.

As per the study by The Lancet Diabetes and Endocrinology, being obese led to twice as many cancers as diabetes. Assuming that cancer takes ten years to develop, the incidences of 12 types of cancers occurring globally in 2012 was compared with body mass index (BMI) and diabetes prevalence figures from 2002. Diabetes and a BMI above 25 were found to be the major risk factor for 7.92 lakh of cancer cases reported worldwide. 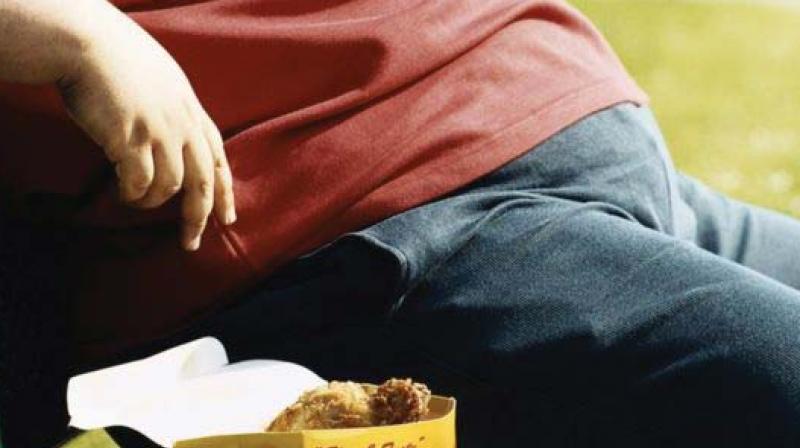 “An increasing waistline can be associated with diabetes and tumors in gallbladder, liver and pancreas. Obesity is caused due to excess of fat tissue that produces excess amounts of estrogen. A high level of estrogen is associated with increased risks of breast, endometrial, ovarian, and some other cancers,” said Dr R Janani, an oncologist.

Medicos warn that with a surge in cases of diabetes and obesity, the share of due to these conditions will increase by 30 percent in women and 20 percent in men in less than 20 years. The risk of DNA damage due to low-level inflammation is high in people who are overweight and is attributed to an increase in the risk of cancer subsequently.

“Obesity can lead to increase in the blood levels of insulin, which can promote the development of colon, kidney, prostate and endometrial cancer. Fat cells can affect cell growth regulators directly or indirectly, either inhibiting or stimulating cell growth in the body which can lead to cancers,” said senior oncologist Dr Anitha Ramesh.