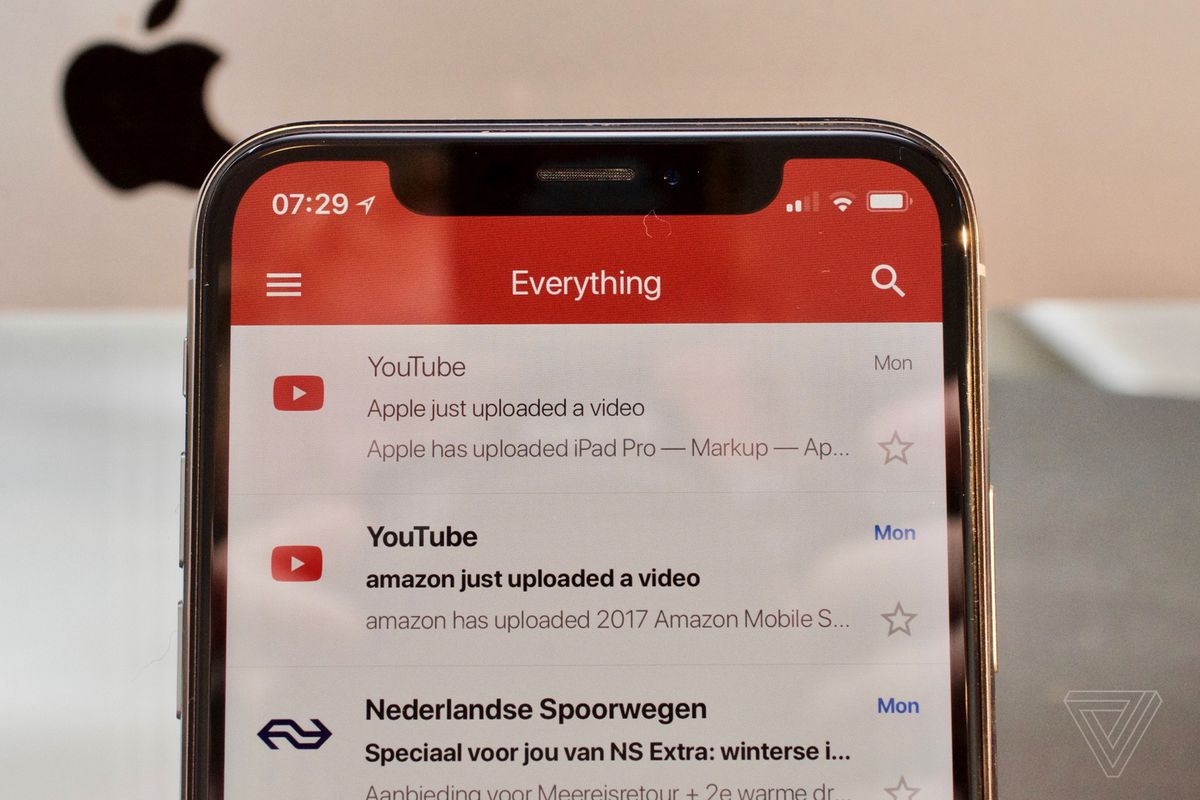 Google has finally released an updated version of its Gmail app that fills the entirety of Apple’s iPhone X display. The update to the iOS app also adds support for third-party email services like Apple iCloud, Microsoft Outlook, and Yahoo Mail, something we first saw in betaback in October.

The iPhone X has been in buyers’ hands since November 3rd. In that time, Google has updated several notable apps to support Apple’s 5.8-inch notched display. These include Waze and Google Maps; the eponymous Google app; Google Home and Assistant; Google Drive, Docs, Slides, and Sheets; Google Photos; and Google Translate. Gmail was the glaring holdout, presumably delayed by the addition of the IMAP protocol needed to support non-Google email accounts.

Google still has a few iOS stragglers like Authenticator, Inbox, and Play Music, but it’s already done a ton of work in the 31 days since the Apple flagship was first released.